Here is our story…

BugMeNot is a family owned business.  BugMeNot is owned by Vince and Diane Christofora, and their two sons; Vincent and Anthony.

Vince and Diane worked with a team of national and international professionals to make BugMeNot a reality.

Where is BugMeNot made?

We are proud that BugMeNot is made in the Northeastern U.S.

A team of professionals who all own their own businesses.  Businesses who support their Community.  We are happy to know that every dollar spent and invested in BugMeNot has remained in, and has been reinvested, numerous times, in small communities.

Who got the idea to create BugMeNot?

Vince was the first to have the idea.  Diane agreed quickly.  The boys agree to anything if they can have ice cream.

Why did Vince get the idea?

For more than 20 years Vince has owned, and worked seven days a week, at Woodstock Hardware.  During this time Vince has been trusted to provide his customers safe and proven effective products and solutions to meet a wide range of needs.

BugMeNot was created to meet the needs of the Community.  The need for an insect repellent that was safe for the entire family, that was tested, and that was proven to work.

Who does all of the work at BugMeNot?

Vince, Diane, Vincent, and Anthony.  Whether it is straightening up the warehouse, taking and shipping orders, driving the truck to pick up more BugMeNot, field testing doing inventory, piling up boxes, sweeping the floor, cleaning the bathroom . . . well you get the idea, it is done by Vince, Diane, Vincent, or Anthony.

What did Vince and Diane do before BugMeNot? 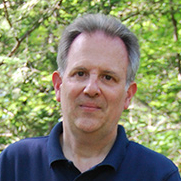 Vince started his professional business career practicing environmental engineering across the United States and for the past 23 years-plus has been the owner of, and worked seven days a week at, Woodstock Hardware.  All during this time Vince has been trusted to provide his customers safe and proven effective products to meet a wide range of needs.

Since college Diane has specialized in the care of, development, and education of children.  With more than 20 years experience she now focuses on the development, education, and most importantly, the safety, of her own children.

How do you know BugMeNot is safe?

BugMeNot is formulated using only ingredients approved by the USEPA, United States Environmental Protection Agency.  The active ingredients in BugMeNot are five natural essential oils. The inert ingredients include isopropyl alcohol and soap.

How do you know BugMeNot works?

BugMeNot’s effectiveness  was tested at an international environmental testing laboratory.  The product was field tested by Vince, his family, and Community.  Since then BugMeNot has been proven effective from sales reports and comments across the country, including 100’s of Vince’s customers at his Woodstock Hardware counter.

How did you field test BugMeNot?

We field tested BugMeNot by getting it into the hands of as many different people who used insect repellent and spent time outside. This included people using it while enjoying the outdoors, playing and having fun, during recreational activities, and yes, during work.

We also donated BugMeNot to a number of community organizations and had them field test BugMeNot.  This includes our son’s Little League teams, church sponsored outdoor movies, and a number of local non-profits with outdoor events.

I used it, my wife used it, and our two sons who do not get five feet out the door without their mother spraying them, used it.  And just in case they got out the door there was a bottle in each of the family cars, the baseball gear bag, by the gardening tools, in the garage, in the fishing tackle box, and in the playground bag.

Believe me when I say I know firsthand that BugMeNot was field tested.  So I know it works.  If it didn’t I would have heard about it loud and clear from every direction.

Was it easy to create BugMeNot?

To successfully create BugMeNot, we assembled a team of national and international professionals to test, produce, and package BugMeNot.

And just like in any other business, there was a long list of tasks to complete including the mundane such as starting a corporation, and dealing with banks, lawyers, accountants and applying for things such as copy rights and trademarks.  And let’s not forget meeting regulatory agencies guidelines, and completing lab and field testing, manufacturing and marketing activities, and on and on. . . .

It has taken years.

Who has reported back that BugMeNot works?

And lastly, most important is…?

We are genuinely thankful that as a result of all of our hard work we have been able to create a product that has proven to be safe and effective and that meets our customer’s needs.

We are happy that our family business is able to produce a product that helps keep other families safe.